Roundtable Argument between Bee keeper, Honey lovers and an Economist in the jungle 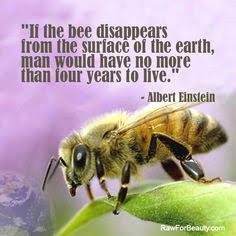 A heated argument between a bee keeper, honey lovers and an economist. Economist::. Is this what makes honey so expensive? I mean it is locally made and nature feeds bees..why must a litre b be at 22k sincerely? Honey lover 1:. I buy 5 litres at 100k, so I think that price is fair Honey lover 2: It requires a lot to have such a quality honey. Bee farming is not as easy as you think, it goes through a lot of processes which involves spending and production is done within a time frame that is not constant. These among other reasons have contributed to the high price. Economist:   That is 20k per litre. Still expensive. Milk production requires far more input in terms of labour and financial resources, and lots of land.  A litre of processed milk is 3000 ug shs. Honey lover 1: ```22k is even cheap, ask a person where they're exporting it how much a kg of pure honey goes for! Once nature is interrupted the entire ecosystem will get distorted, bees l
1 comment
Read more 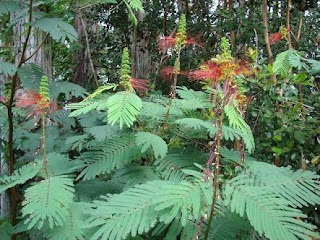 Caliandra calothyrus is a non-thorny fertilizer tree which belongs to family leguminaceae. It is characterized by having deep roots, compound bi-pinnate leaf type and pink flowers. It was introduced in tropical countries like Uganda from Mexico and South America. It grows in a wide range of climatical conditions and soil types of acidic state, water logged areas but the presence of frost can affect it so greatly. It is a relatively fast growing tree and yields faster benefits in the first year after planting. The tree can produce fodder continuously for more than ten years It's benefitial to grow caliandra because of the vital roles it plays with in an ecosystem including: Provide high quality fodder supplements for livestock. Caliandra leaves can be harvested and fed to live stock to improve milk production of both dairy cattle and goats. It can also be fed to other types of live stock such as sheep, rabbits, and chicken. Soil fertility improvement. Caliandra calothyrsu
Post a Comment
Read more

Do something for Mother Earth to reduce polution before it Dwindles 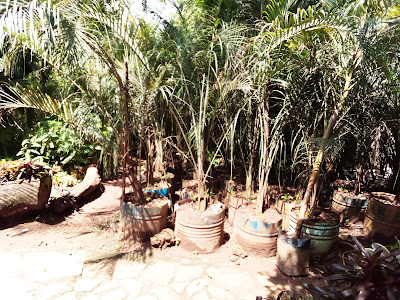 Look outside and see the trees,Watch the flowers in the breeze, Things  won't be like this in a year or two If polluting is all we do Seize the night Seize the day Things won't always be this way Thousands of people are dying In the night you hear children crying Let's stop the war Our people are sore The world can't help itself Who cares about your wealth Help me to help you to win the Battle Show the world what you can do , protect to the environment ,remember destroying the environment is creating more harm to your future life ,the feacal you dispose anyhowly poses cholera to the young children , swampy reclamation within our country today  signifies a worse Water ecosystem threat in the neqr time, Plant trees to save the planet Earth Establish riparian belts the catchment of water will be fine Use fertilizer well the soils will be left still productive I have played my part of Environmental awareness to stop pollution due to the love I have
Post a Comment
Read more 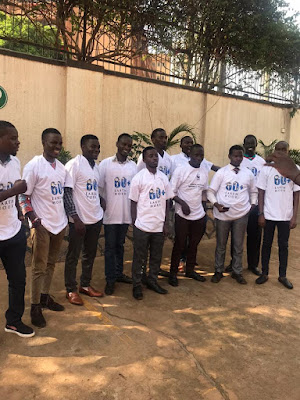 It's  not a one way to say free plastics due to tthe uses benefited by the people around the globe. However, the challenge of plastics use is massive estimated 322 million tonnes of plastic poduced each year and 8 million tonnes leaks in to our oceans. Plastics is so widely used it is hard to imagine a world without. Plastic pollution is extensive and causing significant damage to the environment and wildlife, and perhaps soon to human health. We must act therefore to curb our usage if we can. Today volunteers from Uganda Youth Biodiversity Network together with other youth groups in Uganda passionate about their Environmet merged together to demand the industries to act on release of Plastics, companiesin Uganda  involved plastics production included Mukwano plastics, Coca cola , century bottlers, nice plastics, nile plastics ,Mec plastics, lunco, crest tanks plastics, Ak plastics, Genetex plastic,suda plastics, Tik plastics, among many. Other industries involved are all tho
Post a Comment
Read more
- February 02, 2020 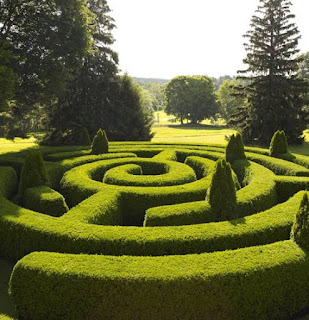 The Role of Bees and other pollinators in Increasing Horticultural Production 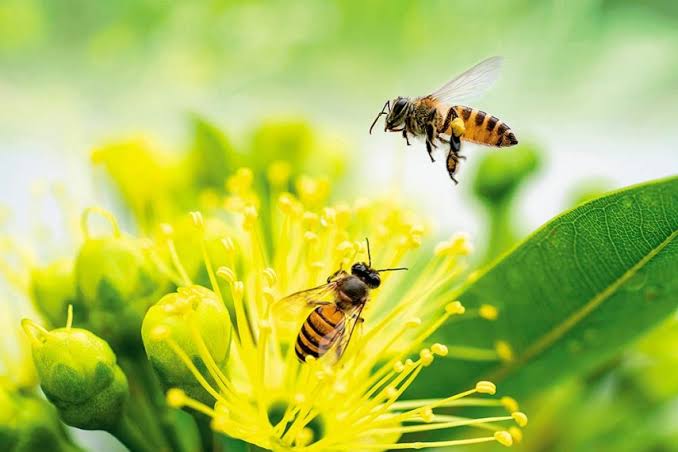 Everyone knowsabout the bees, and there are some 20 000 species of wild bees that pollinate plants but it may come as a surprise to know that moths, flies, wasps, beetles and butterflies as well as some animals pollinate plants. Vertebrate. pollinators include bats, non-flying mammals, including several species of monkey, sunbirds, honeycreepers and some parrot species.   The abundance and diversity of pollinators ensures the sustained provision of pollination services to multiple types of plants and leads to better food. POLLINATORS, INVISIBLE TO THE EYE BUT YIELDING GREAT RETURNS IN HORTICULTURE Pollination is the highest Horticulture contributor to yields worldwide, contributing far beyond any other Horticultural management practice. Thus, bees and other pollinators make important contributions to Horticulture. Pollinators affect 35 percent of global Horticultural land, supporting the production of 87 of the leading food crops worldwide. Plus, pollination-depe
Post a Comment
Read more 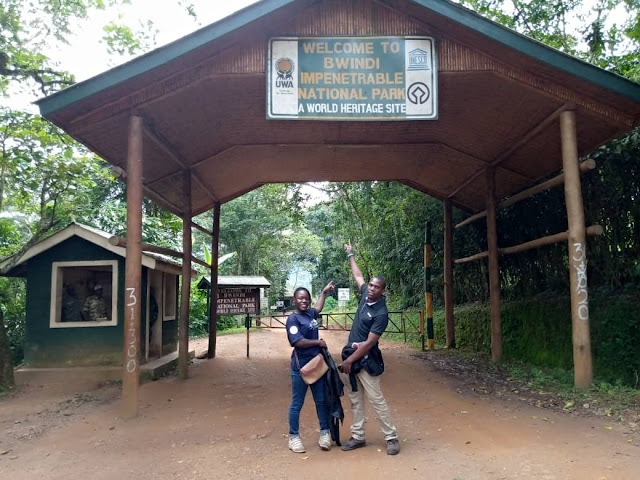 As lots ecological services and valuable products parks and forest offers, it’s our responsibility as the young generation to protect these ecosystems to make their continuity in offering these services and products.   Bwindi impenetrable my favorite place of travel is a natural forest and park with rich magnificent ecosystems providing a range of products to the local community around and best services, but as human timber and non-timber products, with in this forest, some few patches are being degraded or modified into other forms for human benefits and this threaten the diversity of organisms with in and around. A brighter morning straight away from Kampala to Bwindi our journey commenced powered by Earth day Network Uganda together with Miss conservation Kigezi, An 8 hours drive approximate to 473.9 km, enjoying the drive through majestic kigezi hills, with yawning and stipple hunger in the bus tiresome but all we had to travel and walk with in Bwindi and around the for
Post a Comment
Read more 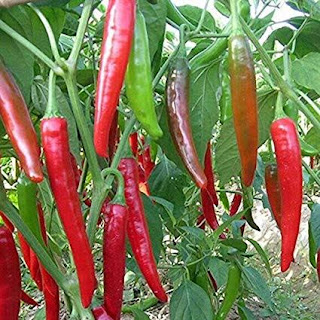 Chilli pepper is one of the trending fast growing crop in Africa. It's also called the Hot pepper and kamulali in Uganda, it takes almost 90days to maturity but all depends on varieties. It can be   harvested throughout the year depending on the availability of water. It is drought resistant and has a high demand on local and export market. Yield The yield varies considerably depending on varieties, supply of nutrients among others. The average expected yield is 4 to 6 tonnes per hectare. This variation in yields is brought about by lack of water during dry seasons which can lead to flower abortion. Marketing Analysis Market for Chilli is available for export but with small local market in supermarket, hotels,and others .it  can also be exported. Before export harvested chillies are kept in cold rooms , where sorting is done to get only quality pepper that can meet export market standsrds, those that can not meet export standard are the one that are crushed and sold local
Post a Comment
Read more 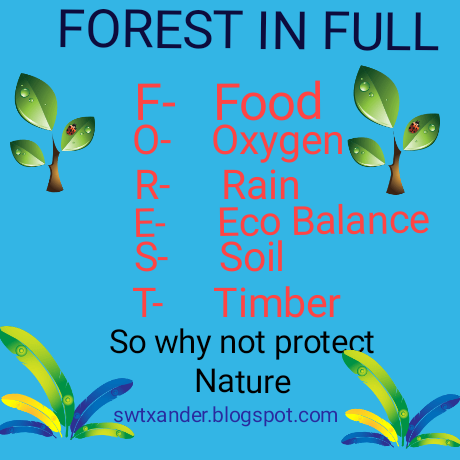 HOW DO YOU ORGANIZE TREE PLANTING ACTIVITY? Organizing a Tree Planting Project. (1).Choose the type of tree planting project you'd like to organise. (2).Decide who needs to be involved. (3).Organise a planning committee and set a date for the event. (4).Choose the planting site and species and get all necessary permits. (5).Analyze needs and costs. (6).Raise funds. (7).Recruit volunteers. (8).Order trees and supplies. (9).Invite media participation. (10).Shedule the event. (11).Prepare the site. (12).Assemble equipments and supplies. (13).Instruct participants and demonstrate proper planting. (14).Shedule routine maintainance and care. (15).Reward volunteers and others who helped. (16).Evaluate the event. alexanderwander14@gmail.com +256773545347 My Environment is my Responsibility, Students for Nature
Post a Comment
Read more 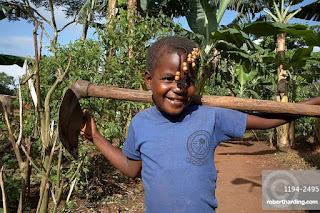 The garden hoe is one of the oldest, yet underrated tools of gardening. As soon as mankind learned to work the soil to grow food, they also began to construct early, crude forms of garden hoes to make the way of life , as a little child I could not know where Food come from until one day I slept hungry and the next day was in told to see where am stepping , looking down soil was the only object on ground, the next step to ask how can soil produce food ,the answer was enter in the house check any tool having a handle and the cutting blade bring it forth and drill one hole , get a abean seed put inside cover it continue to water it until 2 months  will understand how a metal gung blade is able to make you grow. These days the word “hoe” is used as an insult in many places, carrying all sorts of negative and belittling connotations and yet without it None can live healthy that is why I appreciate hoe, Through out my life time I have been wounded,made tired , beaten and hated just b
Post a Comment
Read more
More posts

Alexander Agricultural & Environmental Advocacy
Kampala, central Region , Uganda
"Climate is what we expect and weather is what we get" so let's make the two correlate to benefit man and his surroundings